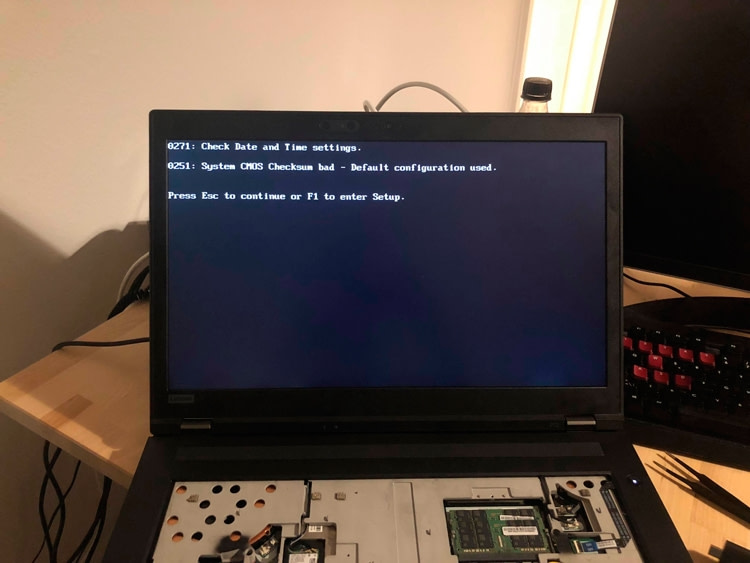 Most laptop users are well aware that, without sufficient experience, it is better to set up. BIOS do not meddle deeply. However, in the case of Lenovo ThinkPad laptops, even the most innocuous changes in the BIOS, as it turned out, can easily "break" the laptop.
This is corroborated by recent complaints posted on Reddit and the Lenovo laptop forum. According to them, some users have activated a function in the BIOS, which in some models is called BIOS support for Thunderbolt, and in others - Thunderbolt BIOS Assist. And after activating this function, laptops turned into "bricks".

According to users, after activating these options, laptops freeze after reboot and no longer boot. Laptop repair Lenovo Thinkpad, "broken" in this way, is simply not possible at home. However, the NotebookCheck site already claims to have found what the problem is - it's about UEFI corruption. The only solution is to replace the laptop motherboard. At the moment, the problem is noted in the ThinkPad P52, P52s, P72, P1, and X1 Yoga 2018 laptops. Cheaper laptops of the ThinkPad family (such as the L380 and E480 models), as well as models from this family that went on sale before 2017, do not have such a defect. Lenovo is supposedly already aware of the problem, but the company has yet to provide an update to solve it.

Read also:  Why do computers break down? 6 most common reasons