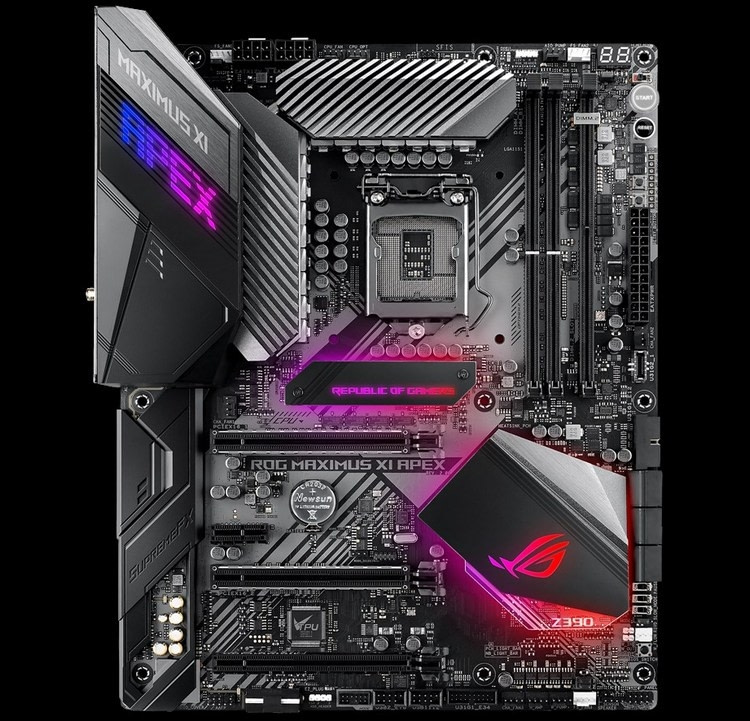 Renowned component manufacturer ASUS introduced a board called Maximus XI Apex. According to the manufacturer, the novelty is focused primarily on overclocking enthusiasts.

Реклама
The new motherboard will allow overclocking enthusiasts to unleash the full overclocking potential of LGA 1151v2 Coffee Lake Refresh chips. The novelty is equipped with a reinforced power subsystem that includes 16 phases, as well as a pair of 8-pin EPS connectors. The power subsystem is also equipped with massive radiators united by a copper heat pipe. On the body of the board you can see the activation and reset keys, contacts for taking into account the voltage and the indicator of POST codes. 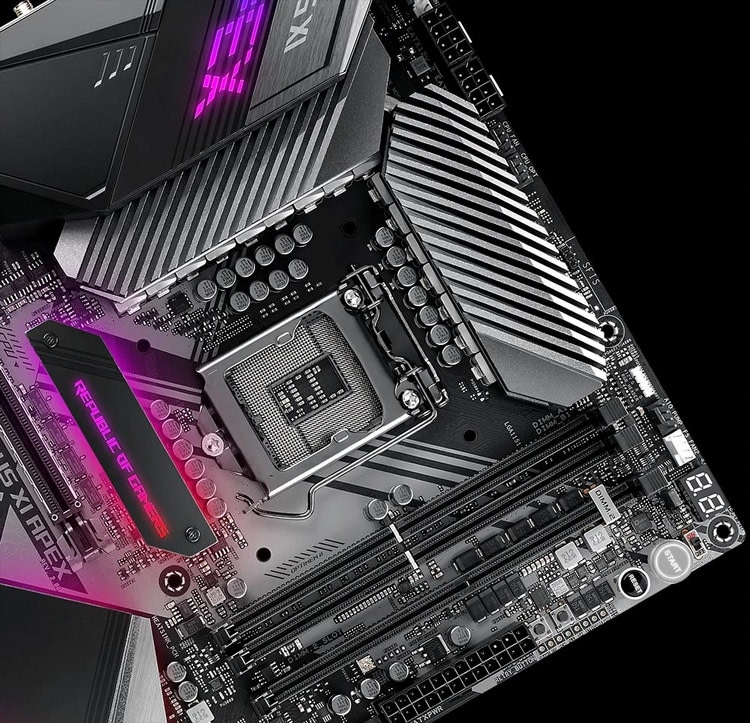 ASUS assures that the motherboard is perfect for overclocking using helium or liquid nitrogen. The company even equipped the novelty with the technology for detecting condensation, which will certainly appear during such an overclocking - if there is a danger of damaging the board itself with liquid, the technology will warn the user about it.
Реклама 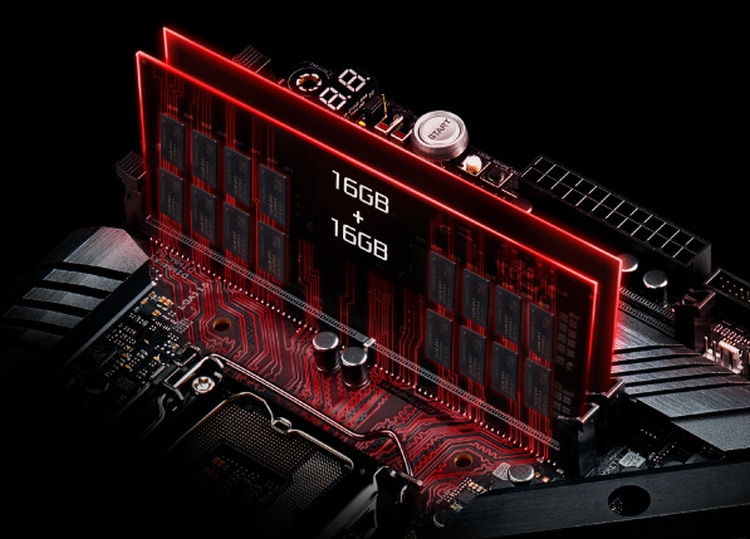 The novelty will also show itself perfectly when overclocking memory modules. As ASUS says, a pair of DDR4 slots and an optimized track design provide the best overclocking capabilities. Maximus XI Apex will be able to accept 64 GB of memory in modules of Double-capacity DIMMs (double capacity). Modules with frequencies up to 4800 MHz are supported. The proprietary ROG DIMM.2 port is also provided, it is located next to the memory module slots. It installs a board with a pair of M.2 slots and heatsinks for them. An additional M.2 slot is provided on the motherboard itself, it is also covered by a heatsink. The Maximus XI Apex also has 6 SATA III ports, 1 PCI Express 3.0 x1 slot, plus there are three PCI Express 3.0 x16 slots.

The novelty is also equipped with a sound subsystem, which is based on the SupremeFX S1220 codec. For network connections, there is an Intel gigabit controller and an Intel wireless controller, the latter providing 802.11ac Wi-Fi and Bluetooth 5.

Plus, the case houses three USB 3.1 (a pair of Type-A and 1 Type-C). The radiators are decorated with RGB lighting. The price of the new product from ASUS, as well as the date of the start of sales have not yet been announced. You can read about laptop repair here.
Read also:  The laptop is very hot
Реклама